The last three years have been a blast in terms of new kit releases, boxed games and GW goodies. But it's not a secret that you must be rich to keep up, and it's impossible to build & paint regularly if you have a job (or two, like me).

Maybe you've become an impulse buyer like me (even without noticing) and need to keep your foot on the brake so you don't end up buying too much plastic crack. Even when you don't buy new kits, there's always paint, sprays or glue.

But recently scalpers started to mess with some releases (budget starters or limited edition books). That, coupled with a mad release calendar made me stop caring. Shipping fiascos during the successive waves of this pandemic destroyed the serotonin boost of those "release days", and even something like Blood Bowl 2020 started to feel like a Kickstarter (maybe it took one month and a half to get your box after release day, even when you payed for it as a pre-order).

And then Brexit hit. Let's ignore customs & price hikes for a moment and look to the other side of this: Little hobby stores around the world aren't receiving their stuff on time (and some kits never make it at the end), and that leads to less sales, angry clients and business mayhem in general. Now add unreliable "ready to order" signs, stupid currency exchanges on the official site and faith-based delivery times. This achieved something I never thought would happen models wise: I don't care anymore. And the less I buy, the happier I am.

The new UW warbands are 30% more expensive than they used to. Cursed City will be a fucking hell to get on release date, and I don't think we'll get a reasonable price tag on that box (Warcry last box and Blackstone Fortress supplements are good examples; I'm sure BB2 price won't happen again).

So, now it's time for me to backpedal on stocking bits for conversions (no more sprue scouting for good stuff and buying kits from armies I don't play). No mandatory buys, specially game books. Necromunda style books for Warcry? That would be great, but won't happen.  No more anthologies or themed novels on release: Those are bait, I've learnt the lesson.

I guess those surveys we filled in some time ago gave them the data they needed:

I've got this budget and I'm spending it no matter how many kits I get. And that's it.

The company is doing great numbers, and that isn't changing in te future, but we're not getting the same anymore. Less models in monopose and push fit formats (but more expensive kits) and 150+€ boxed games. Sure, the best sculpts, that's not in discussion. But I think we should lend them less "head space" in this new context if we don't want to be disappointed so often. Yeah, this is the perfect definition for "first world problems".

Any thoughts on this? I'm on Twitter if you want to talk.

PS: I'm not based in the UK (and never will), so if you only buy in GW stores or hace zero problems with shipping times & cost, please don't @ me to tell me "this doesn't happen" because it does. And it's a lot worse in other "less lucky" countries. 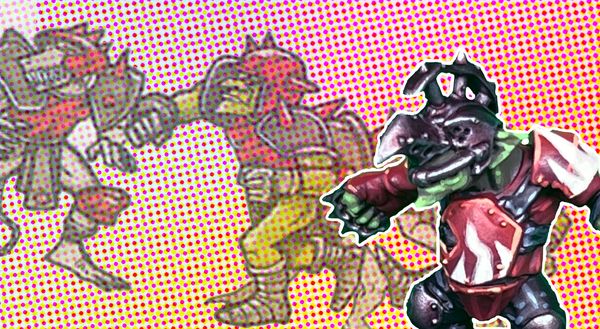 Another day and another two models are ready. This time we talk about two Skaven Linemen with some mutations: Two heads & extra arm for one, Claw/Big Hand for the other. 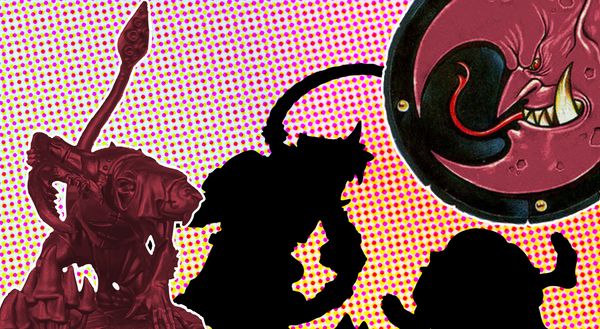 Today we can met three more models for the Underworld Denizens team, the Luna Rossa Ragtag. 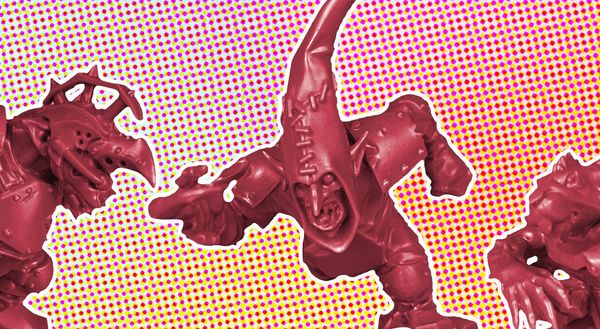 The Underworld Denizens keep coming, and you're going to love them.