Well, I needed to talk about this. Two weeks ago I started a project I was planning for more than a year. The day GW released the jaw-opening Maw Krusha kit, I was in shock. I needed that huge dragon (ok, Wyvern, whatever). Back in the day we had Tamurkhan, The Maggot Lord, so I could build and using as a proxy. But Then I thought, Archaon would be nice, but I don't like regular Chaos Warriors and more than a box of Varanguard would be expensive...

Yeah, a Nurgle version of Archaon would be great, but made no sense fluff-wise... Until last month.

After doing some research, and reading (not finished yet) the Rob Sanders' novel Archaon: Everchosen, I finally decided to write my own fluff for an alternate Archaon, from a parallel universe where he pledged allegiance to Nurgle, instead being the Champion of Chaos Undivided. I'm still looking for the perfect Jonbar hinge in the official timeline, but I've got a couple of good ideas I think you will like. But again, English is not my first (or second) language, so don't expect some spectacular, well written fan-fiction.

Anyway. I started to share my step-by-step process of converting and building Archaon on Instagram, without using a single bit of the Archaon kit. And that's when the things went nuts.

In less than 2 weeks, I nearly doubled my followers, and the comments skyrocketed. I must say that caught me by surprise, so, excuse me if I don't answer some question, I just can't manage so many notifications on my phone (specially during work hours).

I'll be a bit busy traveling for work next weeks, so don't expect too much progress on Archaon (maybe I'll write something about his story while waiting in the airports). But feel free to speak to me on Instagram or Twitter, and tell me about your ideas for Archaon or Dorghar.

PS: On the last moment I thought it would be cool to add more horns to his helm, so more people can recognise him, but I'm not sure. What do you think? 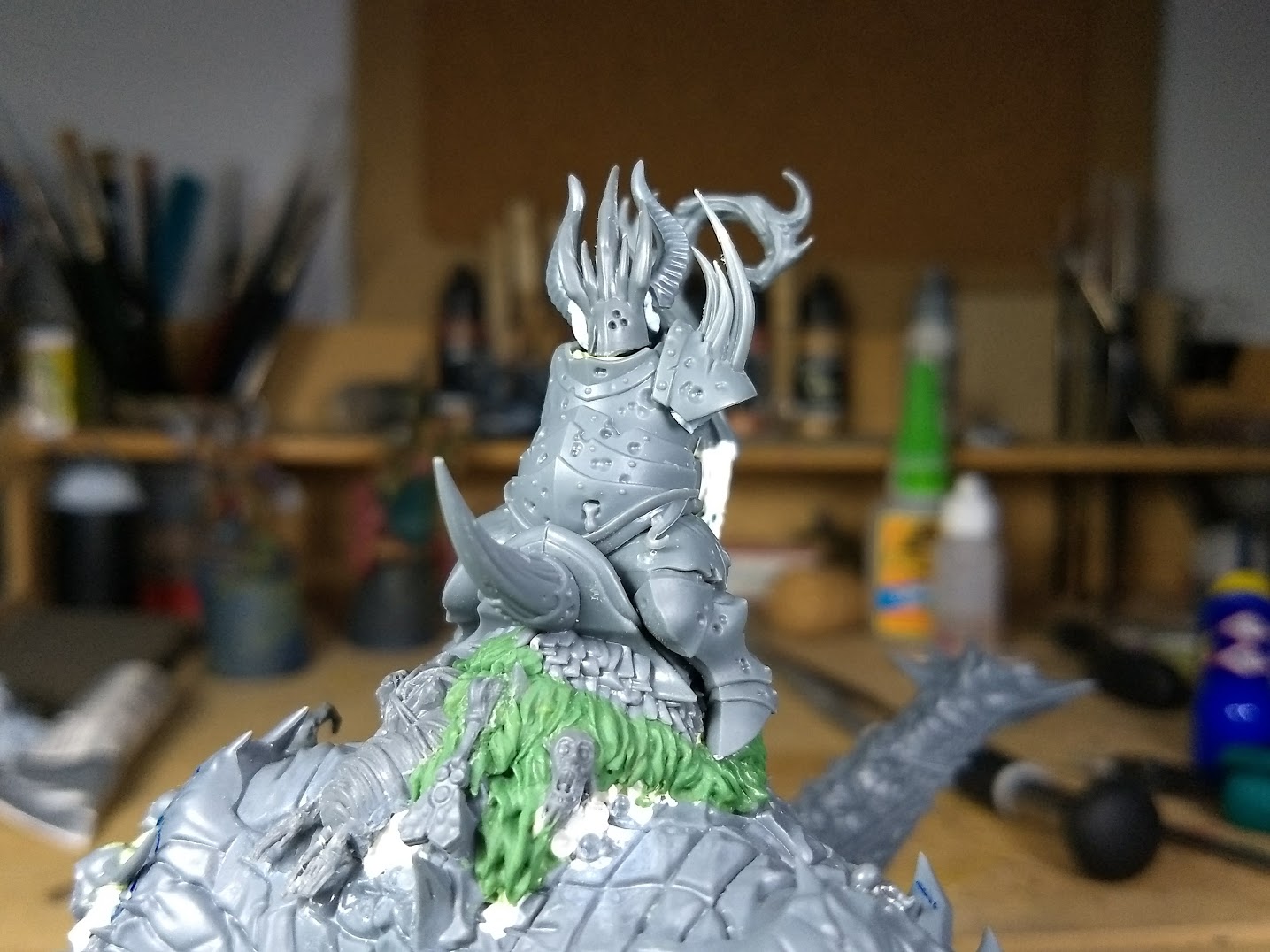 Welcome to The Garden, we have cookies. Well, no. We have Nurglings. A lot of them.